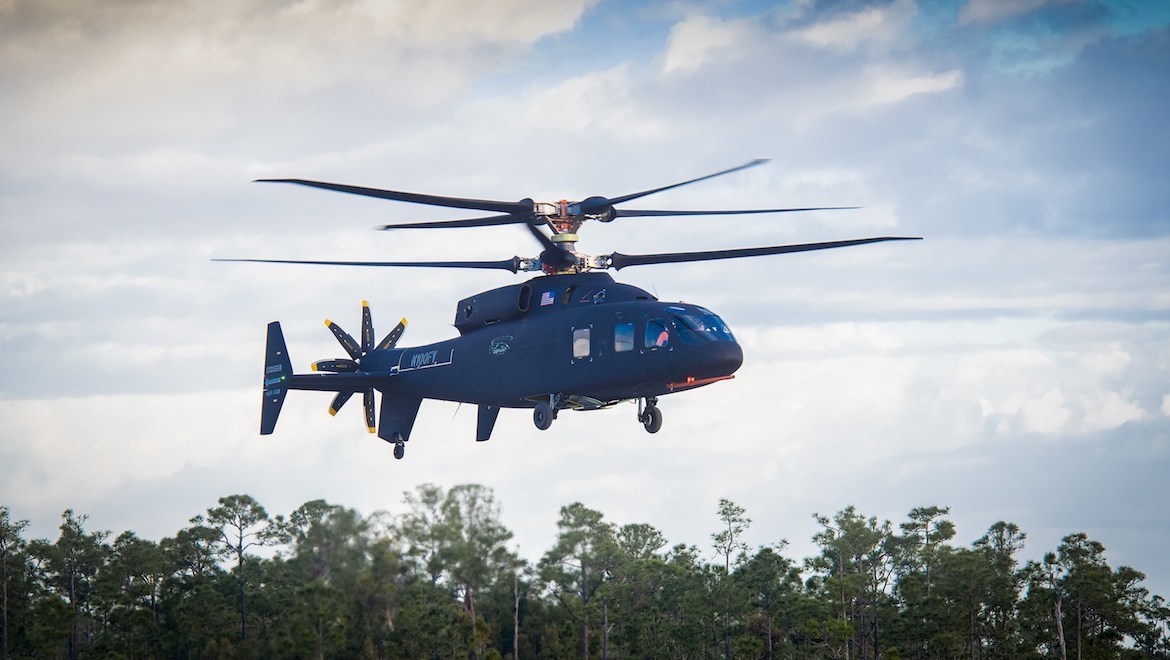 Boeing and Lockheed Martin (the parent company of Sikorsky) said in a joint statement the first flight of the aircraft – internally designated ‘S-100’ – occurred at Sikorsky’s West Palm Beach facility in Florida.

Sikorsky future vertical lift president Dan Spoor said in a statement that the flight went well. “We are thrilled with the results of today’s flight and look forward to an exciting flight test program.”

Flight tests for the helicopter program were previously due to begin before the end of calendar 2018. However, that was delayed to 2019 after faults were discovered during ground testing, the companies announced in December. The SB>1 was eventually rolled out at West Palm Beach in early January 2019.

The Defiant is a joint Sikorsky-Boeing proposal for the US Army’s Joint Multi-Role Technology Demonstrator program which aims to replace the UH-60L/M Black Hawk from the late 2020s. It will be evaluated alongside the Bell’s V-280 Valor tiltrotor, which has been flying since late 2017.

Based on Sikorsky’s successful X2 testbed and S-97 Raider attack helicopter proposal, the SB>1 features counter-rotating coaxial main rotors and a pusher propeller which provide a 60 per cent speed and range increase and 50 per cent better hot-and-high hover performance over the Black Hawk.

“This flight marks a key milestone for the Sikorsky-Boeing team and is the culmination of significant design, simulation and test activity to further demonstrate the capability of the X2 Technology,” the companies’ joint statement said.

Boeing Vertical Lift vice president and general manager David Koopersmith added: “The design and development of DEFIANT has revealed the capability advancement that is truly possible for Future Vertical Lift.”

“Clearly, the performance, speed and agility of DEFIANT will be a game changer on the battlefield and we look forward to demonstrating for the U.S. Army the tremendous capabilities of this aircraft.”

A brief video of the first flight can be viewed below.