The first automatic air-to-air refuelling (A3R) contact between two large aircraft was successfully completed on June 20 by an Airbus A310 MRTT test aircraft and an RAAF KC-30A MRTT off the coast of Spain.

Seven successful contact were made between the two aircraft. The successful development follows a successful test earlier this year where the A310 successfully made A3R contact with a Portuguese Air Force F-16.

The RAAF is collaborating on the A3R development with Airbus. The program aims to remove operator workload and improve safety in air-to-air refuelling.

During initial approach of the receiver, boom control is performed by the tanker’s Air Refuelling Operator (ARO). Passive techniques such as image processing are then used to determine the receiver’s refuelling receptacle position and when the automated system is activated, a fully automated flight control system flies and maintains the boom aligned with the receiver’s receptacle. The telescopic beam inside the boom can be controlled manually by the ARO, or by a relative distance-keeping mode, or using full auto-mode to perform the contact.

“It was extremely impressive to see how accurately the A3R system tracks the receiver,” the A310’s ARO David Piatti said in a statement. “It can be very useful to be able to refuel another tanker or transport, for example to extend its deployment range or to avoid taking fuel back to base, but it is also a challenging operation and this system has the potential to reduce workload and the risk involved.”

The trial was conducted in conjunction with Test Pilots and Flight Test Engineers from the RAAF’s Aircraft Research and Development Unit (ARDU) based at Edinburgh.

“It’s very encouraging to come to Spain and see the progress that’s been made with A3R, and be able to witness it firsthand refuelling our KC-30A,” ARDU Executive Officer SQNLDR Lawry Benier added. “Refuelling large receivers is a role RAAF has conducted extensively on operations and exercises, allowing us to extend the reach and responsiveness of our air mobility fleet, as well as keep surveillance aircraft in the air for longer.”

A video of the A330 contact can be found here. 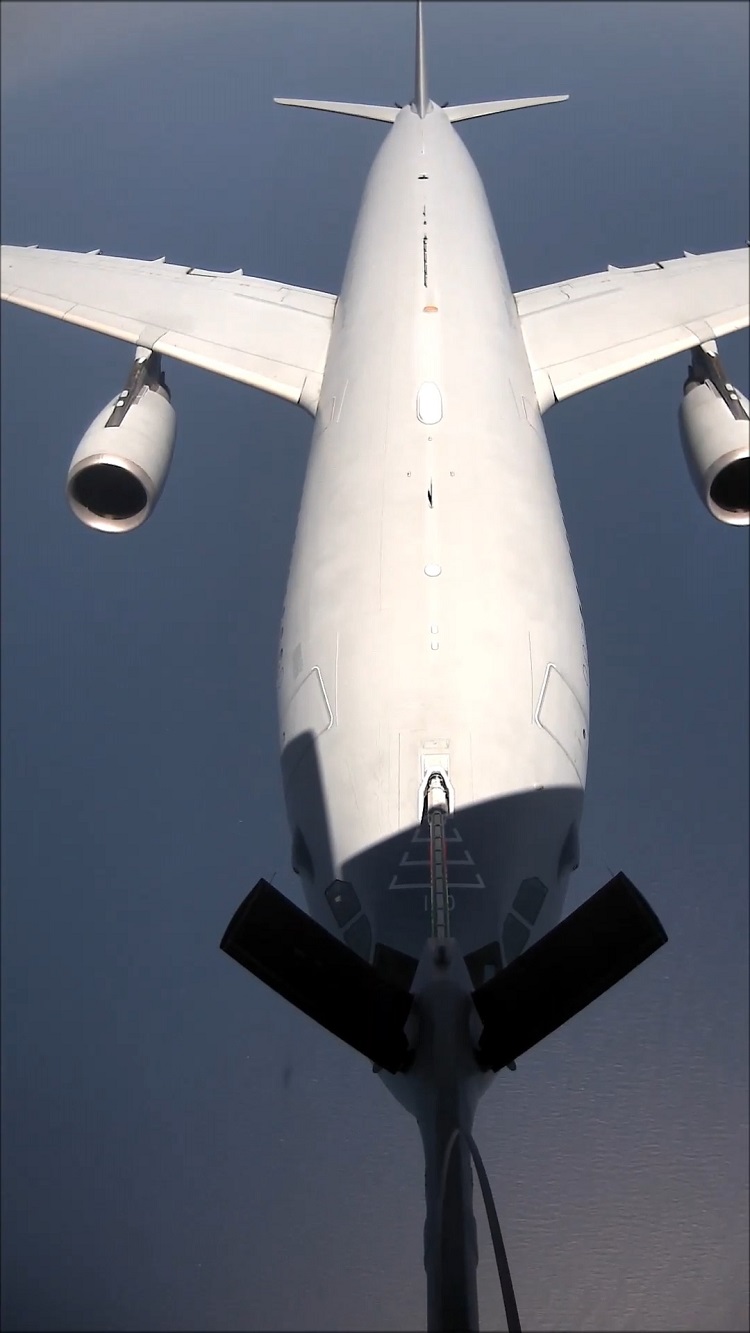 Merry Christmas from the team at ADBR