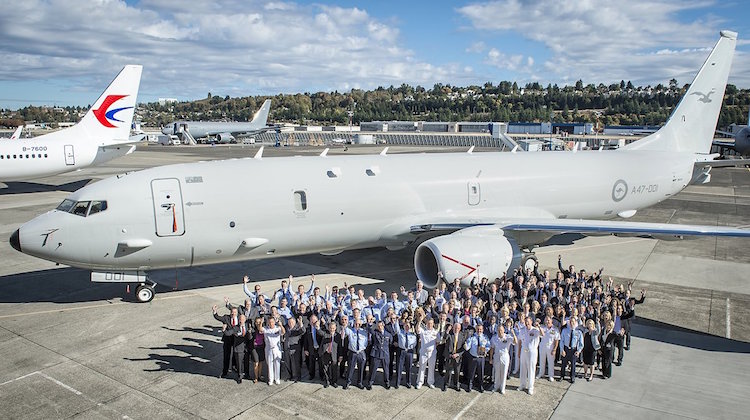 The RAAF’s first P-8A Poseidon has made its debut. (Boeing Defense, Space & Security)

The Royal Australian Air Force (RAAF) has congratulated Boeing on the rollout of the first P-8A Poseidon maritime surveillance aircraft destined for Australia.

The first of 15 aircraft is due to arrive in Canberra on November 15, according to information provided on the RAAF’s website, flown by an Australian crew.

Together with the MQ-4C Triton unmanned aircraft system, the P-8A is set to replace the AP-3C Orion. The P-8A is equipped with advanced sensors and mission systems, including an advanced multirole radar, high-definition cameras, and an acoustic system that is said to have four times the processing capacity of the Orion.

The first Australian P-8A aircraft’s maiden flight took it from Renton to Boeing Field, where its mission systems were installed.

The first P-8A Poseidon for the @Aus_AirForce debuts with its signature livery, including a Wandering Albatross and a kangaroo. pic.twitter.com/CzZEzcvTrQ