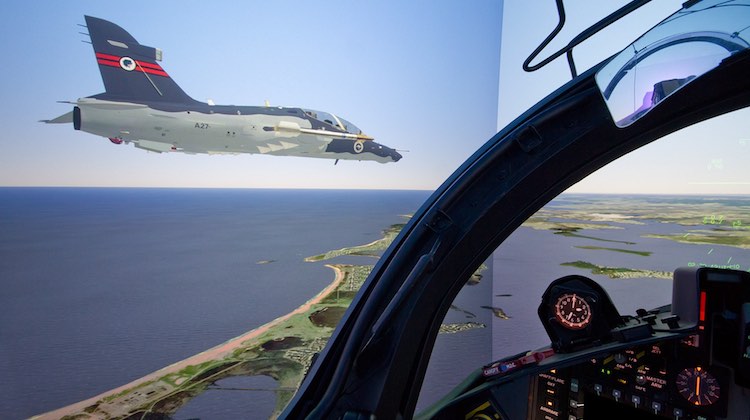 Defence has partnered with CAE to provide support and training for the Royal Australian Air Force’s Hawk 127 lead-in fighter.

The in-service support contract with CAE for full mission simulators acquired under Project AIR 5348 is valued at about $14.5 million over four and a half years.

This contract will see nine new jobs created, three at RAAF Base Pearce and six at RAAF Base Williamtown, Minister for Defence Industry Christopher Pyne announced.

“This contract will see CAE provide classroom and simulator instructors at RAAF Base Williamtown, as well as maintenance and support services at both RAAF Base Pearce and Williamtown,” Minister Pyne said.

“The Hawk Mk 127 full mission simulators all feature a high-fidelity replica of the Hawk Mk 127 cockpit and will play a vital role in preparing fast jet aircrews for the RAAF’s next-generation fighter aircraft.”

The contract was awarded under a contract change proposal to the existing Australian Defence Force Simulator Through-Life Support In-Service Support contract with CAE.

There will be a phasing-in period for the company while the full mission simulators become operational during the first half of 2017.