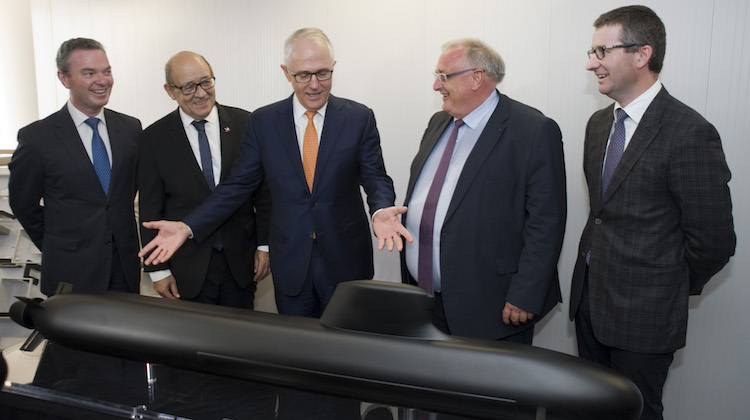 DCNS Australia has celebrated the official unveiling of its Australian headquarters in Adelaide, which will be dedicated to delivering the Future Submarine program.

The founding ceremony was attended by Prime Minister Malcolm Turnbull and Minister for Defence Industry Christopher Pyne, and by French Minister of Defence Jean-Yves Le Drian.

The facility is due to become operational in early 2017 to support the company’s activities around Australia, including the transfer of technology from France, the development of the Australian supply chain, and the design of a new shipyard in Adelaide.

Minister Pyne said the unveiling is a significant milestone that highlights the timely start of design work and robust planning for each phase of the program.

“DCNS understands the importance of Australian industry involvement in the Future Submarine program to ensure the on-time delivery of a regionally superior, sovereign submarine capability for Australia,” Pyne said.

The Defence Industry Minister met DCNS senior management in France on December 15 to discuss progress, and as part of the visit toured company facilities in Cherbourg.

“A range of activities are underway to maintain the progress of the Future Submarine program, including design work and the establishment of overseas facilities in France to provide training for Australians involved in the project,” Pyne stated at the time.