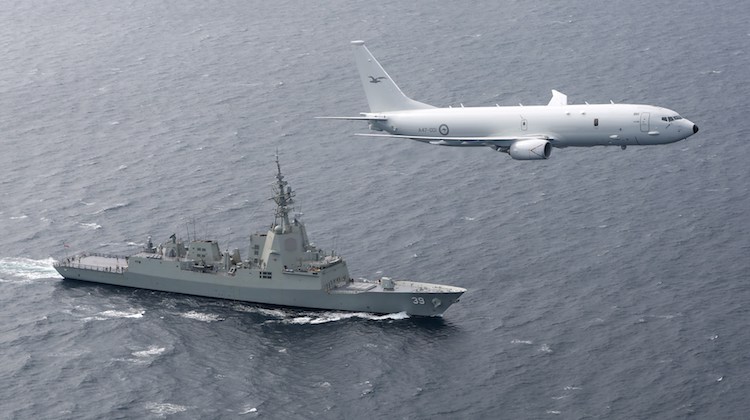 The Air Warfare Destroyer Alliance has celebrated the completion of sea acceptance trials for NUSHIP Hobart, following 21 days at sea off the coast of South Australia, ahead of the ship’s delivery to Defence in June.

AWD Alliance general manager Paul Evans said in a statement that the trials proved the advanced platform and combat systems aboard the ship.

“Over the past five weeks, the AWD Alliance has conducted some 20 platform system tests and 45 combat system tests to successfully validate Hobart’s complete mission system; combined, these systems will deliver a world-leading capability for the Royal Australian Navy,” Evans said.

“Completing acceptance sea trials on a first-of-class ship is a momentous occasion for the Alliance as we move closer to delivering Hobart to Defence.

“It has been achieved through the extraordinary efforts of the onboard crew and support team, whose dedication and commitment has been instrumental in ensuring the success of Hobart’s sea trials.”

AWD Alliance program manager Commodore Craig Bourke said the completion of the trials was achieved through the combined efforts of the more than 200 crew members, with assistance from the RAN, the Royal Australian Air Force and industry.

“Hobart’s sensors, weapons and communications systems have been put to the test by Royal Australian Air Force and civilian aircraft, Royal Australian Navy ships and helicopters, through a complex series of simulated scenarios and battlespace management,” CDRE Bourke said.

“Successful completion of sea acceptance trials is a great moment for the thousands of shipbuilders who have been working on this project, bringing the ship to life,” ASC Shipbuilding chief executive officer Mark Lamarre said.

“This proves the highly skilled and professional naval shipbuilding capability that exists right here in South Australia. It is a testament to the collaborative nature of the project, which has seen industry working together to deliver to the RAN a new and potent air warfare capability. This achievement shows the way forward for future shipbuilding in Australia.”

Navantia Australia operations director Jorge Filgueira said the company acknowledges that the achievement is the result of a team effort.

“Navantia’s experience as designer and shipbuilder has contributed significantly to the success of the program,” Filgueira said. “Navantia’s highly skilled team is well integrated within the AWD Alliance and is committed to having the program achieve its delivery schedule.

“The results of the sea trials are very encouraging, and provide the necessary confidence that we are on track to build up the capability that will be necessary to undertake the future naval continuous shipbuilding programs in Australia.”

Raytheon, which is responsible for the integration of 10 major subsystems and the delivery of more than 3,500 major combat system components for the program, welcomed the conclusion of the trials.

In the coming weeks, the company’s focus will turn to delivery of the through-life support facility and the Hobart class command team trainer.