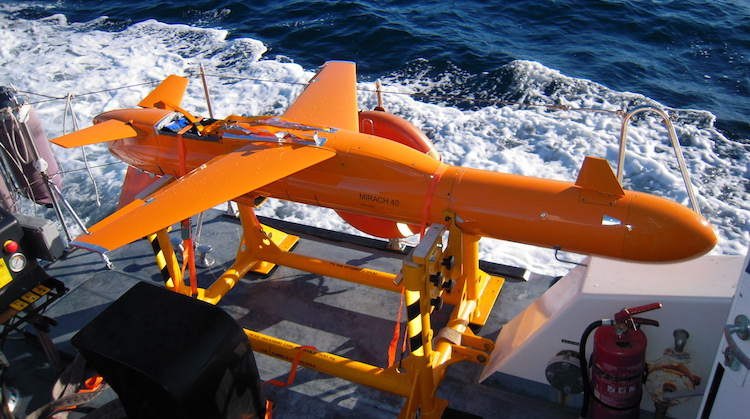 Italian defence and aerospace company Leonardo has teamed up with Queensland-based Insitu Pacific to offer its new Mirach-40 target drone to the Australian Defence Force.

The Mirach-40 is a 70 kilogram, 1.5 metre wingspan unmanned aerial vehicle which can fly at almost 400 knots simulating a range of threats including attacking aircraft or, most importantly, sea skimming missiles.

It is the latest of a family of target drones widely used by defence forces in Europe, and is named after a star in the constellation Andromeda.

Leonardo international marketing manager for airborne and space systems Nicola Toniazzi said this was based on the Mirach 100/5 which had been used by navies and air forces throughout the world.

“The system is ready to be delivered as a service. Leonardo has huge experience as a service provider for UAV platforms, especially for unmanned targets which have operated since the ’70s,” Toniazzi said.

Mirach-40 is operated from a control centre in an air-conditioned 20-foot ISO container, complete with power generator and antenna. Flight is by instruments with GPS transponder to show drone location. Missions can be pre-planned for autonomous operation but the operator remains in the loop.

Although a target drone, Mirach-40 isn’t intended to be shot down. For live fire it can tow a target and a miss distance indicator can be installed to indicate just where the shots passed.

It can also carry different payloads to emulate different threats.

That includes a radar altimeter for sea-skimming, passive radar amplifier to appear as a larger platform, active radar emitter and IR sources.

“Insitu is an important company here in Australia, especially for Army and Navy, that delivers to the Australian DoD unmanned systems,” he said.