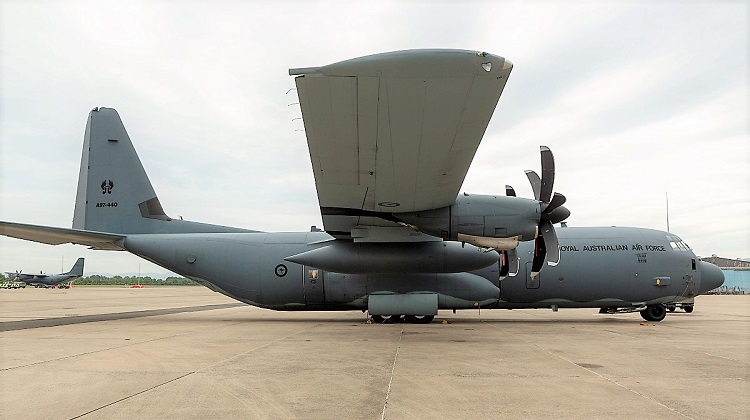 The first RAAF C-130J to be fitted with external fuel tanks at Richmond. (DEFENCE)

The RAAF’s C-130J Hercules operated by Richmond-based 37SQN will have external fuel tanks fitted, initially to two of their aircraft.

Previously fitted between the engines on each wing as standard to RAAF RR/Allison T56-powered C-130E and C-130H models which were retired in 1999 and 2012 respectively, the external tanks were not considered as a requirement for the C-130J due to the newer model’s much more powerful and fuel-efficient RR AE2100 engines.

But with plans to be able to refuel ADF and coalition vehicles and helicopters at forward bases direct from tactical transports such as the C-130, the external tanks which carry four tonnes of fuel each will dramatically increase the amount of fuel which can be offloaded without compromising the donor aircraft’s own reserves.

“Extra fuel is useful during Forward Arming and Refuelling Point (FARP) operations, where the crew land and offload fuel to another aircraft, vehicle or storage tank,” Commander Air Mobility Group AIRCDRE William Kourelakos said. “The fuel tanks can also extend range or endurance during certain missions, allowing us to be more persistent in an area such as during Search and Rescue missions.”

“Carrying that extra fuel brings weight and drag considerations,” he added. “So this will determine how these tanks might benefit our future airlift operations.”

The first aircraft fitted with the tanks will be deployed to Guam for the joint Operation Christmas Drop exercise conducted with US forces where food, clothing and toys are delivered to outlying communities in the Marshall Islands.

“Some of these missions are to islands more than 2000 kilometres from Guam, where there’s very limited options to divert in the event of an emergency,” AIRCDRE Kourelakos said. “Carrying that extra fuel would make some aspects of mission planning easier, allow crews to deliver to more island communities, or increase the amount of time loitering at a Drop Zone.” 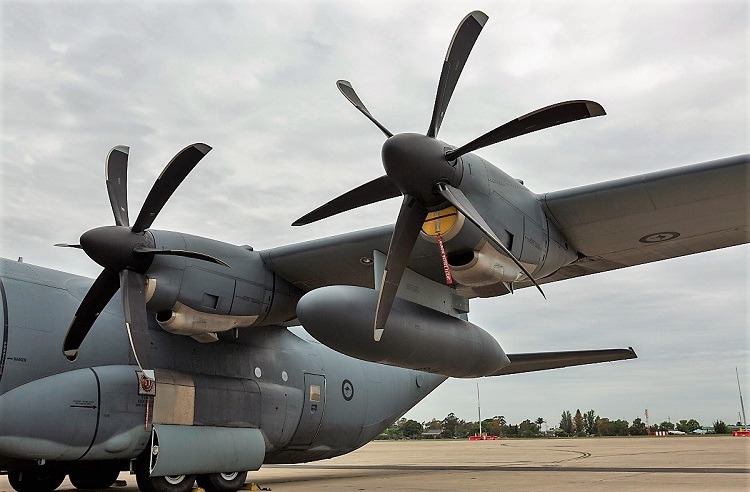 The external fuel tanks are mounted on each wing between the engines. (DEFENCE)

Boeing back in the fold for Canada fighter...