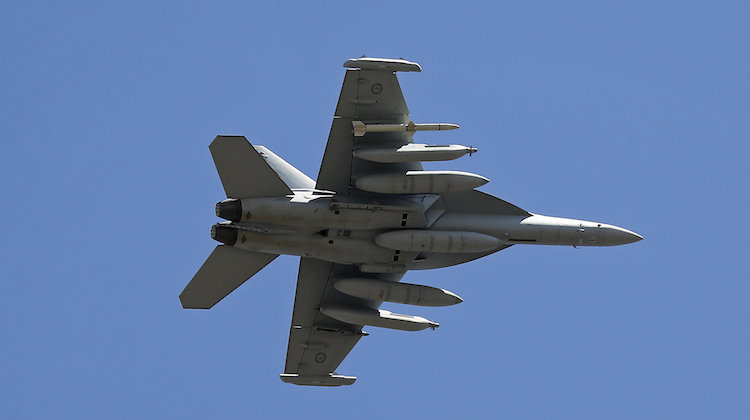 Chief of Air Force AIRMSHL ‘Leo’ Davies said achieving IOC for the Growler was a significant achievement. “Over time, this aircraft will work with Army and Navy platforms to enhance our ability to control the electronic environment, and where necessary, deny or degrade the electronic systems of adversaries,” he said.

“This will provide a capability edge by enhancing tactical options to reduce risks to Australian and partner maritime, land and air forces in more complex and high-tech conflicts of the future.”

Getting to IOC comes five and a half years after the first RAAF EA-18G pilot commenced training in October 2013 with the Electronic Attack Wing, US Pacific Fleet at NAS Whidbey Island near Seattle.

Over the next three years, an initial cadre of six crews each comprising a pilot and an electronic warfare officer (EWO) learnt to fly and operate the jet with the US Navy’s VAQ-129.

The first RAAF Growler, A46-301, was rolled out at Boeing’s St Louis facility in July 2015, and the RAAF has previously stated it was targeting a final operational capability (FOC) for the Growler in 2022.

RAAF’s first two EA-18G aircraft made their public debut at the 2017 Avalon Airshow, with 10 more of the type delivered over the course of the first half of 2017. One RAAF Growler was destroyed after it suffered a catastrophic engine failure during takeoff from Nellis AFB in Nevada on January 28 2018 during the type’s first deployment to a Red Flag exercise.

Australia was only the second country to operate the Growler behind the United States, where it is flown by the Navy.