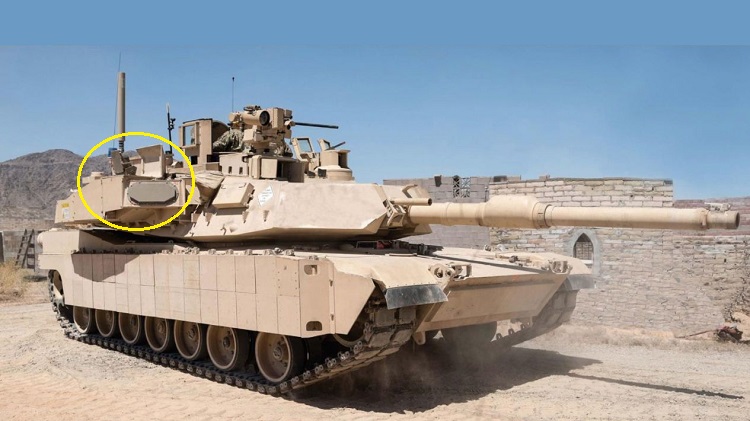 A US Army M! Abrams with its Trophy APS radar faces circled. (US Army)

Rafael has announced it has developed a smaller version of its proven Trophy active protection system (APS) that will be suitable for use on medium-sized armoured vehicles such as infantry fighting vehicles (IFV), armoured personnel carriers (APC).

In announcing the new system at the Eurosatory trade show in Paris last week, Rafael says it will conduct trials of the new lighter system – which weighs half that of the original 1,200kg Trophy system employed on main battle tanks (MBT – on a US Army M2 Bradley vehicle in August. Trophy will be pitted against IMI Systems’ Iron Fist on the Bradley.

“In August we are going to surprise a lot of people who weren’t sure,” Rafael’s Michael L. told Defense News at Eurosatory.

Trophy is as a point-defence system designed to defeat anti-tank guided missiles (ATGM) and rocket propelled grenades (RPG). It employs a shotgun-like explosive blast at the incoming round in the terminal phase of an attack and is directed by an Elta EL/M-2133 fire control radar with four radar faces mounted on the turret.

The original Trophy system is already fitted to Israeli Merkava MBTs and is being employed on four brigades of US Army Abrams MBTs.