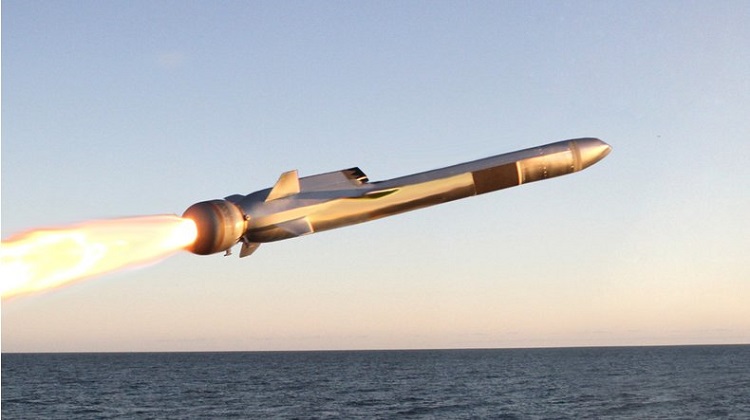 The Kongsberg NSM is launched with the aid of a rocket booster as shown before switching to an internal turbojet. (Kongsberg)

The US Navy has awarded an initial US$14.85m (A$19.5m) contract to Raytheon Missile Systems for the provision of the Kongsberg Naval Strike Missile (NSM) anti-ship missile system.

The contract, which if all options are exercised could top US$847m (A$1.11bn) is the first element of the winning US Navy’s Over-the-Horizon Weapon Systems solution, for which Raytheon teamed with Kongsberg to offer the NSM. The Raytheon-Kongsberg team will supply the weapons system comprising missiles, canisters, deck-mounted launchers, and a fire control system.

The NSM system will initially be integrated with the Freedom and Independence class Littoral Combat Ships (LCS) and later the FFG(X) Future Frigates, but could be added to other ship classes.

Raytheon and Kongsberg teamed to compete for the program in 2015. The missiles will be assembled at Raytheon’s Tucson, Arizona facility, and the launch cannisters at its Louisville, Kentucky plant.

Boeing had offered its AGM-84 Harpoon Block II Plus and Lockheed Martin had offered the AGM-158C LRASM, but both companies withdrew their bids in 2017.

The NSM is a low-observable subsonic, sea-skimming anti-ship cruise missile with GPS, INS and terrain-recognition sensors, a 125kg warhead, and a range of almost 200km. It has been in service with the Royal Norwegian Navy since 2012 and with Poland in land-based coastal defence form since 2013, while Germany and Malaysia have also ordered the system.

The air-launched Joint Strike Missile (JSM) variant is under consideration to become the primary anti-ship missile for the F-35 JSF program. 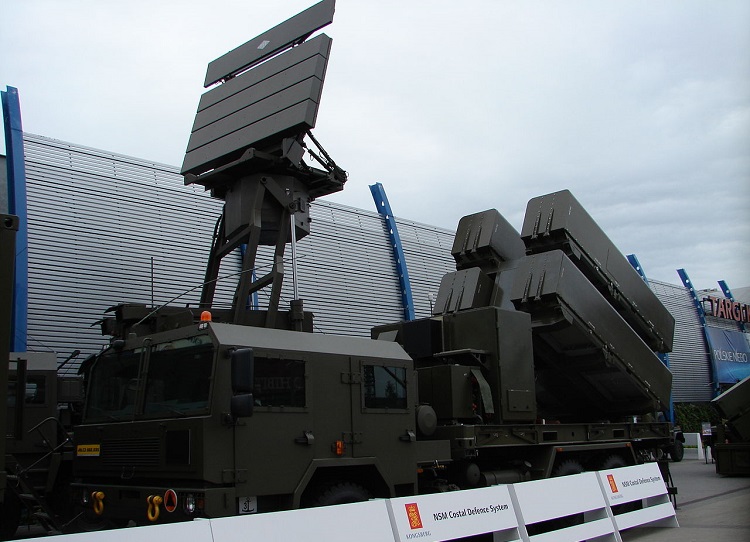