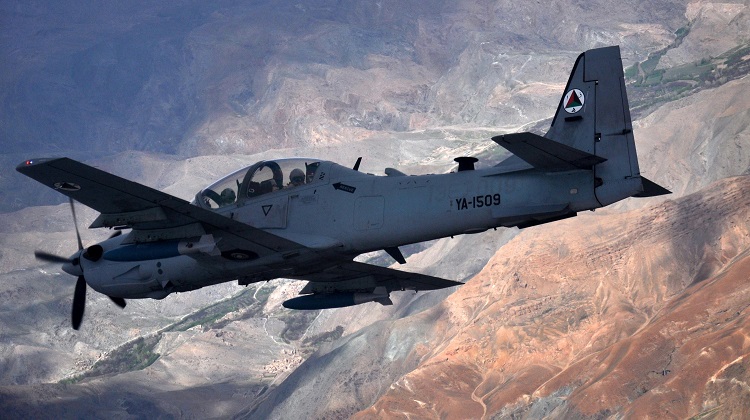 The A-29 Super Tucano is in service with Afghanistan. (USAF)

The USAF has shortlisted the turboprop powered Embraer-Sierra Nevada A-29 and the Beechcraft AT-6 Wolverine for its OA-X light attack program.

The shortlist sees the privately funded twin-jet Textron AirLand Scorpion drop out of the running for a potential follow-on acquisition of aircraft. The three aircraft types had been undergoing operationally-representative trials in recent months from Davis-Monthan AFB in Arizona. The light-attack concept is designed to offer a robust close air support capability at a fraction of the cost of larger jet fighters.

“This effort to find a lower-cost and exportable aircraft for permissive environments is directly in line with the National Defense Strategy,” Gen David Goldfein, chief of staff of the USAF said in a statement. “A light-attack aircraft would not only provide relief to our fourth- and fifth-generation aircraft, but also bolster our interoperability, so we can more effectively employ airpower as an international team.” 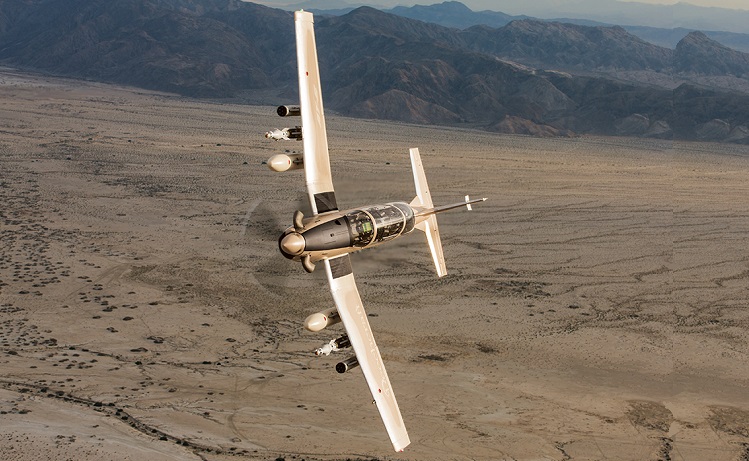 The Beechcraft AT-6 is a development of the T-6C advanced trainer. (Beechcraft)

In a plan that harks back to the Combat Dragon deployments of the Vietnam War, the shortlisted contenders were to be sent for an evaluation in an operational environment, but plan this has been shelved.

“Rather than do a combat demonstration, we have decided to work closely with industry to experiment with maintenance, data networking and sensors with the two most promising light attack aircraft, the AT-6 Wolverine and the A-29 Super Tucano,” USAF Secretary Heather Wilson said in a statement. “This will let us gather the data needed for a rapid procurement.”

The AT-6 is an armed development of the T-6C Texan II advanced trainer, while the A-29 is developed from the Super Tucano trainer. Both aircraft are fitted with underwing stores stations, sensors such as FLIR turrets, and additional cockpit armour protection.

The A-29 has already been acquired through a US foreign military aid package for Afghanistan. 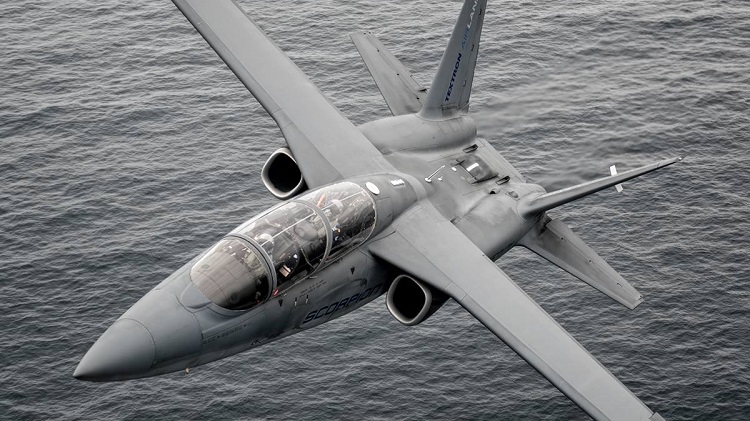 The privately-funded Textron AirLand Scorpion was not shortlisted for OA-X. (Textron)