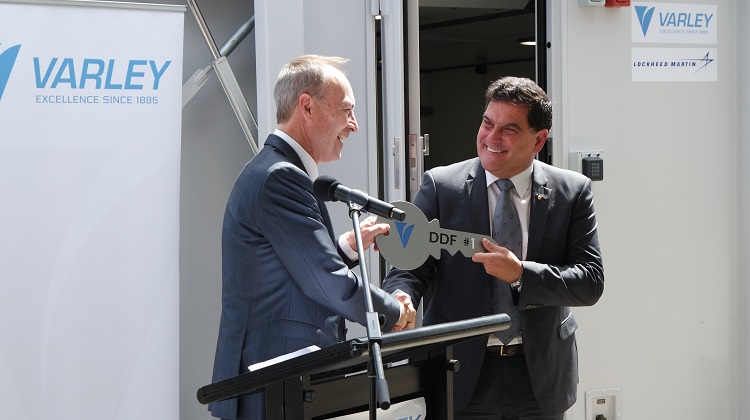 The two units are part of the Deployable Duty Facility/Deployable ICT Facility Mission System, and are the first of 29 to be manufactured by Varley Group as part of a three-year contract.

Lockheed Martin Australia says the delivery represents a key milestone in the delivery of capabilities critical to the operation and sustainment of Australia’s F-35A fleet, and the company will complete a technology fit-out of the two deployable facilities locally.

One unit will house ICT equipment used on deployment, while the other will provide a facility for duty personnel and mission planning. Following the fit-out and subsequent acceptance by the RAAF, they will be deployed to Luke AFB in Arizona to support all operations and maintenance of the first two RAAF F-35A aircraft planned for delivery to Australia in December 2018.

“The RAAF’s deployable facilities will play a critical role in supporting operations and maintenance activities for the F-35A aircraft; predictive prognostic and mission support requirements in the realisation of a truly networked and integrated Australian Defence Force.”

Minister for Defence Industry, Christopher Pyne said these facilities are critical to enabling the F-35s to be operated and maintained while deployed. “These are the first of 29 deployable facilities that will provide transportable, secure workspaces for Australian Defence Force (ADF) personnel to support operations and maintenance activities,” he said. “Without the deployable facilities, the aircraft’s full capabilities will not be realised.”