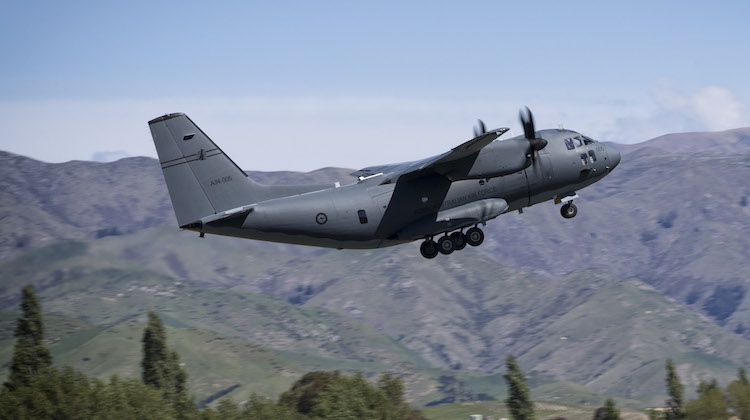 The Royal Australian Air Force’s 35 Squadron has celebrated the 75th anniversary of its formation by flying a C-27J Spartan battlefield airlifter over Sydney Harbour.

The special flight capped off a year of accomplishments for the unit, Defence stated.

“We were formed in March 1942, and our 75th year has certainly been a busy one as we continue to introduce the Spartan to Air Force service,” said Wing Commander Jarrod Pendlebury, 35 Squadron commanding officer.

“The past 12 months have witnessed the first international deployments of the Spartan for Operation Hannah during the Papua New Guinea elections, and exercises in New Zealand and New Caledonia.

“Separately, we have conducted demonstrations of the Spartan’s unique landing capabilities, operating from locations like the Eyre Highway in South Australia.”

Following the delivery of the first C-27J to Australia in 2015, this year has seen the squadron grow from four to eight of an eventual 10 aircraft.

35 Squadron will continue flying from RAAF Base Richmond until early 2019, when it is due to relocate to new facilities at RAAF Base Amberley.