Canberra class amphibious assault ship HMAS Canberra has returned to sea to conduct trials off Sydney to test interim repairs made to the ship’s propulsion pods.

Meanwhile, sister ship HMAS Adelaide has entered the Captain Cook graving dock for a docking that includes a close inspection of its propulsion pods, defect rectification and maintenance.

A propulsion problem was identified aboard Canberra during helicopter flight trials.

Fairfax Media reported that “fundamental design flaws” could be behind the problems, following a briefing by Chief of Navy Vice Admiral Tim Barrett, although this is still under investigation.

HMAS Adelaide will miss Exercise Talisman Sabre 2017 but Canberra could still take part, according to the report. 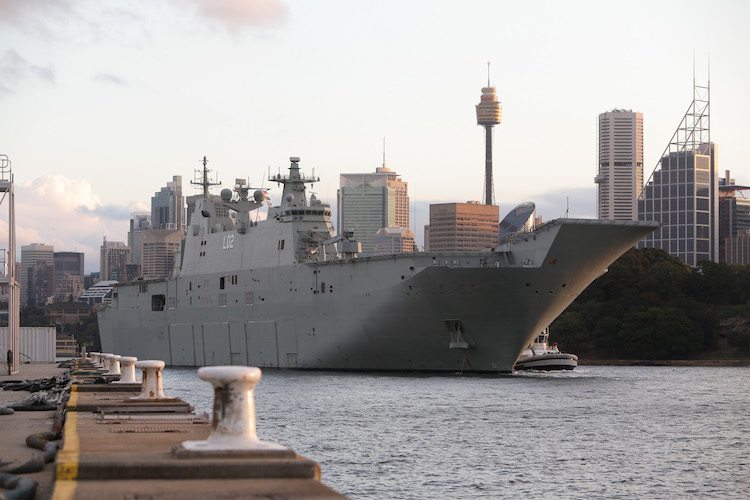