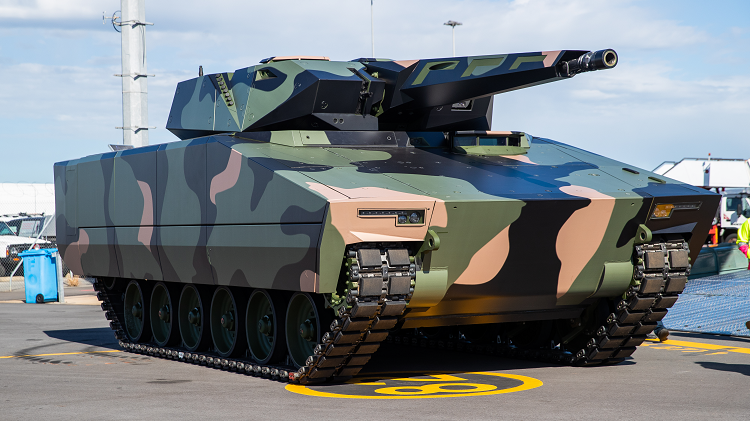 Bids in response to a request for tender (RFT) for the Project LAND 400 Phase 3 Mounted Close Combat Capability requirement were due to be submitted to the Commonwealth on March 1.

At least four companies are believed to have responded to the RFT; Rheinmetall with the Lynx KF41 Infantry Fighting Vehicle (IFV), Hanwha Defense with the AS21 Redback, General Dynamics Land Systems with its Ajax family of vehicles, and BAE Systems with the CV90.

Both Rheinmetall and Hanwha have openly declared their bid intents and some vehicle details, while GDLS and BAE were yet to declare their hands. All four companies displayed their contenders at last September’s Land Forces exposition in Adelaide, including Rheinmetall which has since teamed with Raytheon to offer the Lynx for the US Army’s Bradley replacement program.

For Australia, Rheinmetall says it is offering Lynx with the Lance turret, Lynx Manoeuvre Support Vehicle (MSV), an established and growing network of suppliers across Australia, continued use of the Military Vehicle Centre of Excellence (MILVEHCOE) where the LAND 400 Phase 2 Boxer CRV will be manufactured, and a comprehensive support and training system.

“The Australian Army deserves an Infantry Fighting Vehicle that will ensure their soldiers can fight, survive and win on the modern battlefield,” Rheinmetall’s Global Head of Vehicle Systems, Ben Hudson said in a statement.

“If selected for LAND 400 Phase 3, the Lynx will provide the Australian Army with a future-proof vehicle solution that can rapidly transition into service and be easily supported through life.”

Rheinmetall Defence Australia’s Managing Director, Gary Stewart added, “the Australian Army will benefit from the Lynx IFV that will be designed, built and supported from the MILVEHCOE, with an expanded Australia-wide military vehicle industrial network.”