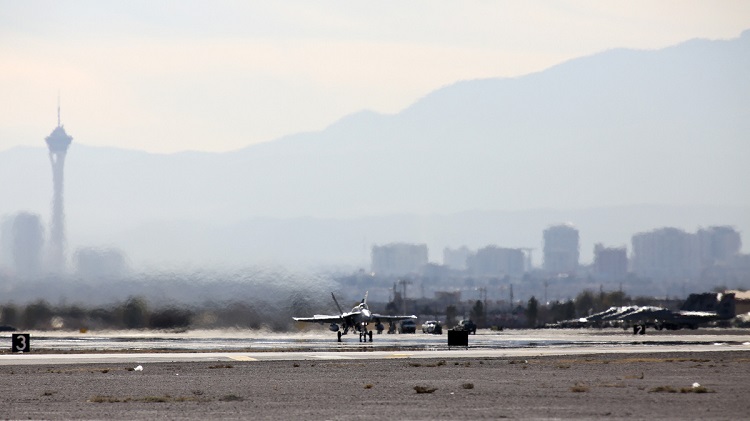 RAAF F/A-18A classic Hornets at Red Flag 16-1 at Nellis AFB in January 2016 with the Las Vegas skyline in the background. (DEFENCE)

The RAAF has deployed a contingent of 370 personnel and eight aircraft to Nellis AFB in Las Vegas for Red Flag 19-1.

The eight aircraft comprise six F/A-18A classic Hornets of 77SQN, an E-7A Wedgetail of 2SQN, and an AP-3C Orion of 10SQN for the three-week exercise over the vast Nellis test and training range of southern Nevada.

The personnel will not only operate and maintain the aircraft, but also include a contingent who will operate an Australian Task Group Headquarters and augment the exercise Combined Air Operations Centre. 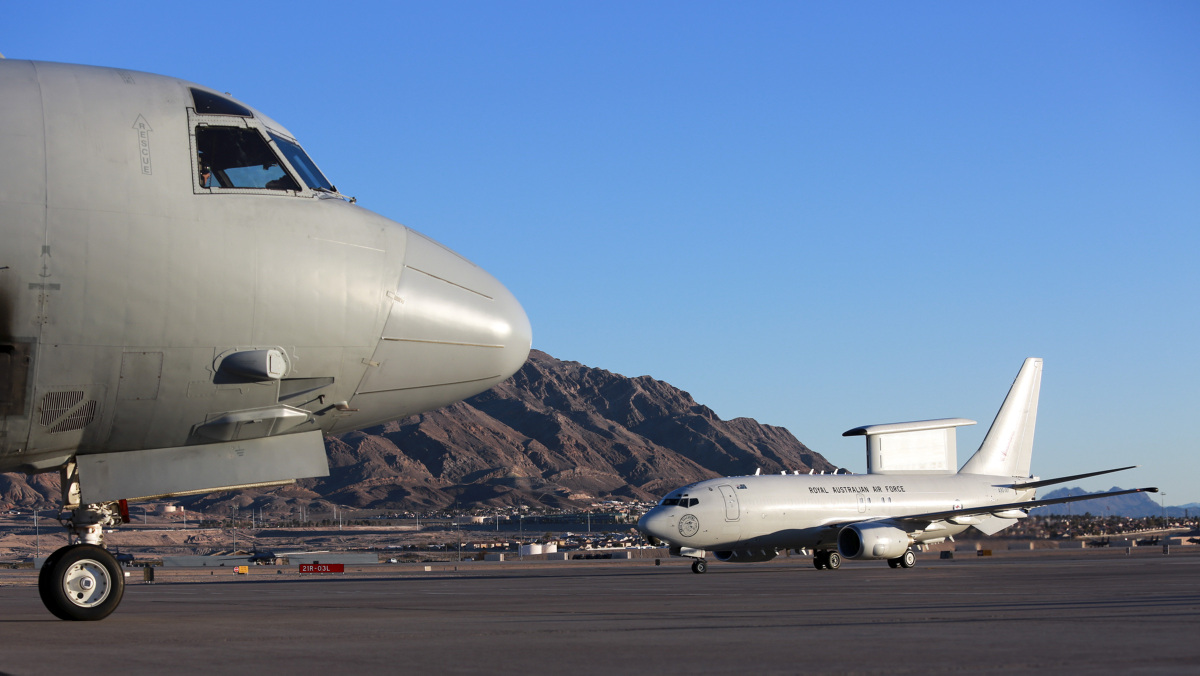 “Not only are we learning from our partners and how we can best operate with each other, we are continuing our strong relationships that will enhance and strengthen our coalition into the future.” 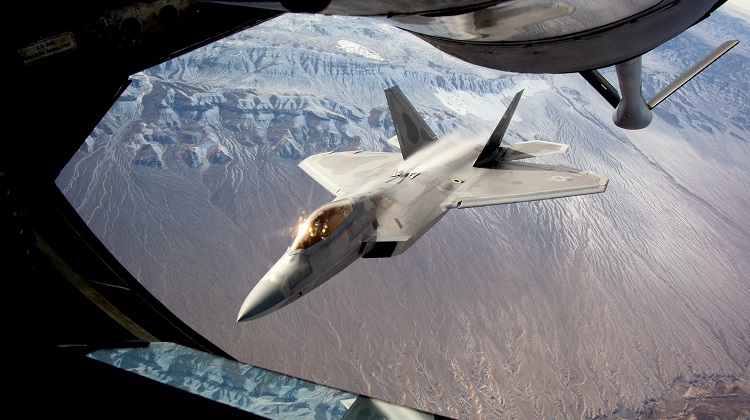 The exercise is held at least four times a year, and is considered the most realistic and intense air combat exercise in the world. At least one of the exercises each year is for US-only participants, another is reserved for five-eyes partners such as Australia, the UK and Canada, and one or two Red Flags each year include other allies and non-aligned participants.

The exercise is scheduled to run from January 26 to February 15, and is conducted by the USAF’s 414th Combat Training Squadron. Apart from the participating ‘Blue force’ units, it also includes dedicated ‘Red air’ units from the US services which fly F-16 and F-5 fighters, and civilian contractors which operate L-39, A-4 and other aircraft, using ‘dissimilar’ adversary-like tactics. USAF personnel and civilian contractors also run Red (adversary) and White (umpire) force scenarios for the exercise. 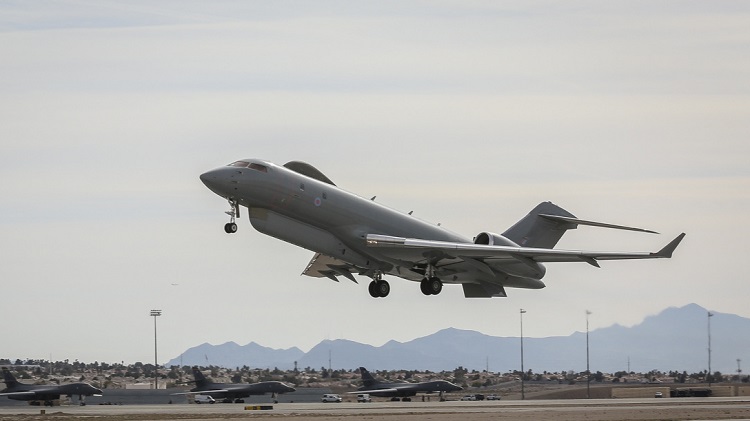 “Red Flag affords us the ability not only to participate in the best air combat exercise in the world but also to do so with other complimentary RAF ISTAR platforms in an exercise scenario representative of the issues NATO and Europe face today. It’s a great opportunity which we are very much looking forward to.” 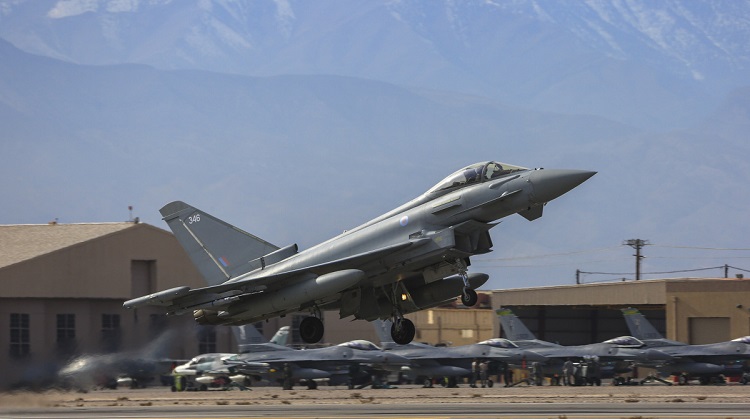 A USAF fact sheet says: “Red Flag was established in 1975 as the brain child of Col Richard “Moody” Suter and one of the initiatives directed by General Robert J. Dixon, then commander of Tactical Air Command, to better prepare our forces for combat.

“Lessons from Vietnam showed that if a pilot survived his first 10 combat missions, his probability of survival for remaining missions increased substantially. Red Flag was designed to expose each ‘Blue 4’ pilot to his first 10 ‘combat missions’ here at Nellis, allowing him to be more confident and effective in actual combat.

“This same principle continues to guide Red Flag today, with the goal of preparing Air Force, Joint, and Coalition pilots, aircrew and operators to fight against a peer-level adversary in any combat environment.”

With the drawdown of classic Hornet operations expected to commence this year and RAAF classic and Super Hornet/Growler rotations to the exercise usually conducted on alternate years, Red Flag 19-1 will likely be the final Red Flag for the RAAF F/A-18A/B Hornet. 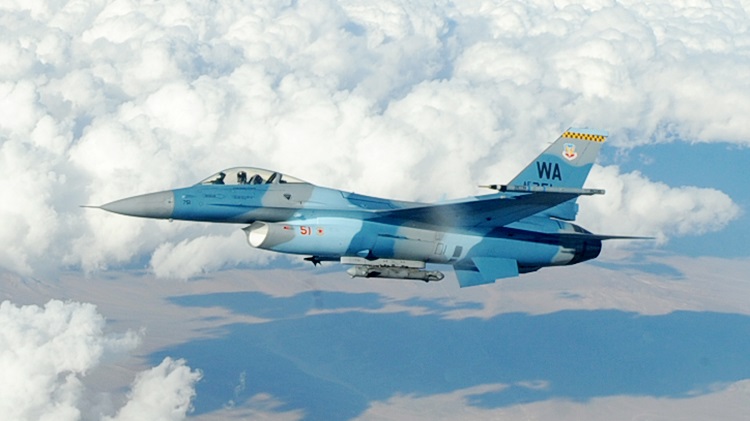