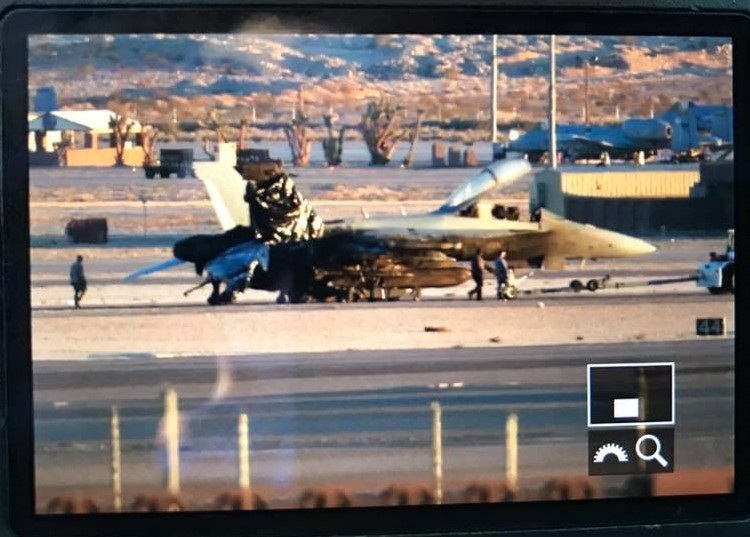 A new image showing substantial damage to the starboard vertical and horizontal stabilisers, and burn marks/charring on the aircraft underside.

An apparent engine failure has seen an RAAF EA-18G Growler catch fire after an aborted takeoff from Nellis Air Force Base, Nevada on Saturday morning US time. 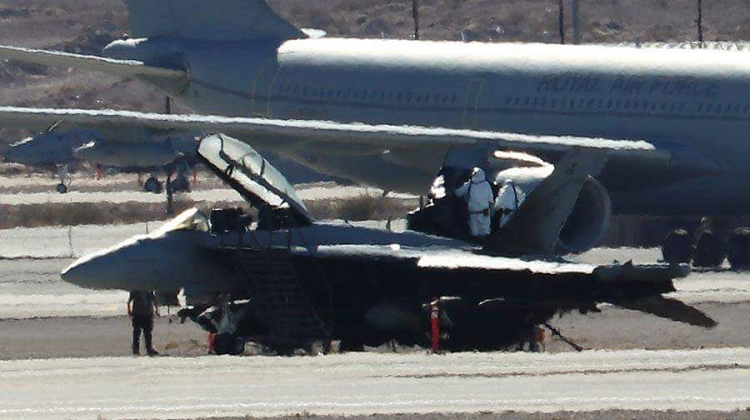 “Defence can confirm an incident involving an EA-18G Growler at Nellis Air Force Base during Exercise Red Flag. Royal Australian Air Force personnel are safe and no serious injuries have been sustained,” a Department of Defence statement released shortly before midday on Sunday (Australian time) confirmed.

“Defence is currently working with the United States Air Force to investigate and will provide an update with further details once known.”

RAAF Growler apparently experienced a critical engine failure during takeoff at Nellis AFB, before skidding off the runway. Pilot and ground crew are safe. pic.twitter.com/xlqS0r0eFE

“At approximately 10:45am [05.45 AEDT Sunday] this morning, a military aircraft experienced an incident during takeoff on the Nellis Air Force Base flight line,” the January 27 dated statement says.

“The aircraft was required to abort its takeoff and subsequently caught fire. However all personnel are safe. Emergency services are on scene. No serious injuries are reported.”

Four RAAF Growlers from 6SQN alongside an E-7A Wedgetail and an AP-3C Orion are among the aircraft to have deployed to Nellis to participate in Exercise Red Flag 18-1, which officially began on Friday.

This story will be updated as more information is released.