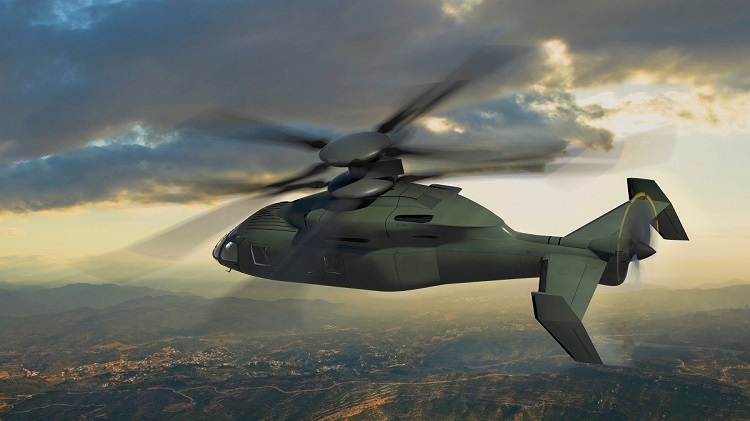 The SB-1 Defiant is now scheduled to fly in early 2019. (SIKORSKY-BOEING)

The first flight of the Sikorsky-Boeing SB-1 Defiant has been pushed into 2019 after faults were discovered during ground testing.

The delay is the second for the program, which had originally planned to fly the first prototype in 2017. That milestone was delayed due to manufacturing issues with the component rotorcraft’s rotor blades. Boeing and Sikorsky officials refuses to specify the nature of the latest delays.

“We have had a couple of small things. I won’t get into the exact pieces, but it required some repairs, just some kind of mechanical repairs,” Boeing director of global‎ sales and marketing for cargo helicopters and FVL, Randy Rotte added. “The latest ones required about two to three weeks of going back in, fixing those pieces, putting them back on the aircraft.

“It’s nothing that requires a redesign of major components or any of those pieces. It was just, candidly, some interactions that the models perhaps didn’t all capture,” Rotte added.

The Defiant is a joint Sikorsky-Boeing proposal for the US Army’s Joint Multi-Role Technology Demonstrator program which aims to replace the UH-60L/M Blackhawk from the late 2020s, the other being Bell’s V-280 Valor tiltrotor which has been flying since late 2017.

Based on Sikorsky’s successful X2 testbed and S-97 Raider attack helicopter proposal, the SB-1 features counter-rotating coaxial main rotors and a pusher propeller which provide a 60 per cent speed and range increase and 50 per cent better hot-and-high hover performance over the Black Hawk.