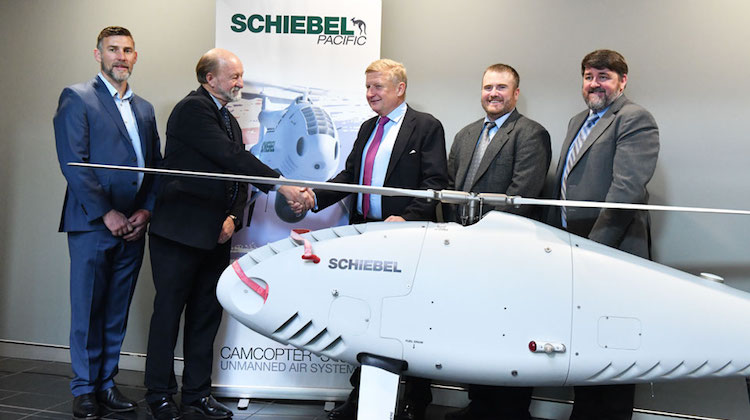 The MOU between Schiebel Pacific Ltd (SPL) and Air Affairs included an agreement to “collaborate on the compilation and submission of Request For Tender (RFT) responses for Remotely Piloted Aerial System (RPAS) opportunities in Australia and the Pacific region, as well as the subsequent close cooperation in contract delivery, support and services”.

“Building on our current contracts, we see enormous potential in Australia for Schiebel and our unrivalled CAMCOPTER S-100 RPAS due to several significant upcoming programmes and working with established Australian companies will be key to success,” Schiebel Group chairman Hans Georg Schiebel said in a statement on June 25.

“A strong physical presence through SPL and a MoU with a strong partner are logical steps in preparing for the tremendous opportunities in Australia, a nation at the forefront of embracing robotic technology and modernising its defence force.”

The MOU was signed on the same day Schiebel Pacific opened the doors on its new facility at Albatross Aviation Technical Park close to where Air Affairs Australia is based, as well as the Royal Australian Navy’s (RAN) HMAS Albatross. 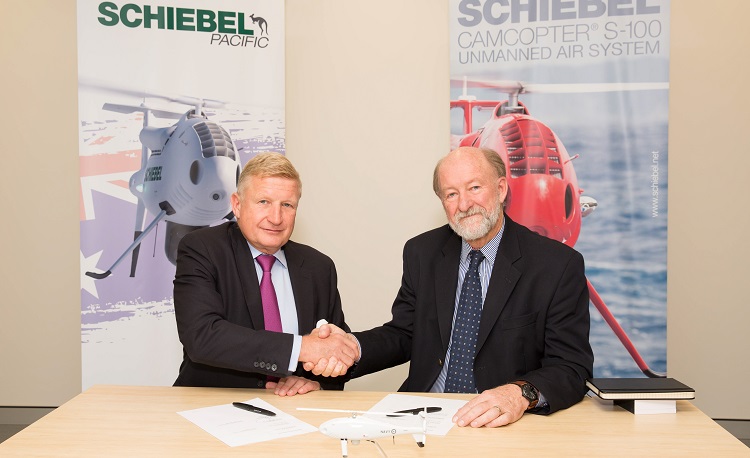 Featuring a carbon fibre and titanium fuselage, the S-100 has a maximum takeoff weight of 200kg and a maximum payload capacity of 50kg, according to the Schiebel website. It has a maximum airspeed of about 130kt and is powered by a 50hp rotary engine.

The aircraft has beyond line-of-sight capability out to 200km. Able to fly fully autonomously, it can be operated from a pilot control unit with missions planned and controlled via a simple point-and-click graphical user interface. High-definition payload imagery is transmitted to the control station in real time.

Schiebel Group said the evaluation program aimed to develop the RAN’s understanding of the capabilities of an advanced VTOL Tactical Unmanned Air System.

“SPL is working closely with the RAN on achieving all the goals of the project, while simultaneously preparing for the upcoming tenders for LAND and SEA 129,” a company statement reads.

“The most recent S-100 activities will culminate in the participation in Australia’s largest joint high-end warfighting exercise, Talisman Sabre 2019.”