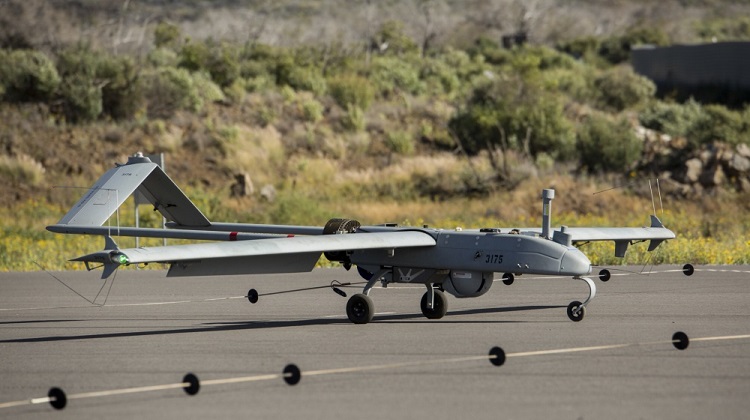 A USMC RQ-7B Shadow lands with the aid of a tailhook and runway arrestor system. (USMC)

As the US Marine Corps conducted its final missions with its RQ-7B Shadow UAS during the recent Rim of the Pacific (RIMPAC) exercises in Hawaii, the Australian Army is also looking to replace its own Shadow UAS capability.

The RQ-7B will be replaced in USMC service by the Insitu RQ-21A Blackjack, a growth development of the more familiar ScanEagle UAS formerly operated by the Australian Army and currently in service with the Royal Australian Navy. The Blackjack is similar in size to the Shadow and also uses a catapult for launch. But it uses a Skyhook wire catch instead of a conventional landing strip-based arrestor system for recovery which allows it to be launched and recovered from the flight decks of ships at sea.

“Transitioning from the Shadow is a major milestone,” the executive officer for Marine Unmanned Aerial Vehicle Squadron 3 (VMU-3), Maj Clayton Holland said in a July 30 release. “We have certainly put this aircraft to work, and learned a great deal from it. This is a historic moment for the squadron, UAS community and Marine aviation as a whole.”

The Shadow entered service with the USMC in 2008, and in that time has completed 11 operational deployments and 39,000 flight hours. USMC Shadows have operated in Helmand province in Afghanistan, in Marawi in the Philippines, and in Iraq.

“We have employed [the RQ-7B Shadow] to the maximum extent of its capabilities in combat, with great effect,” VMU-3 commanding officer LtCol Peter Ban said. “As we look to the future, we intend to do the same with the Blackjack, and leverage the expeditionary nature of the system to provide support anywhere in the world.”

For its LAND 129 Phase 3 tactical UAS requirement which will see its Shadows replaced, the Australian Army will likely be looking to reduce the relatively large footprint of the Shadow while increasing the tactical ISR capabilities. This may point towards a rotary-winged unmanned system as a possible replacement, although an innovative packaging solution of a fixed-wing solution onboard a truck or Bushmaster protected mobility vehicle may also be a compelling option. 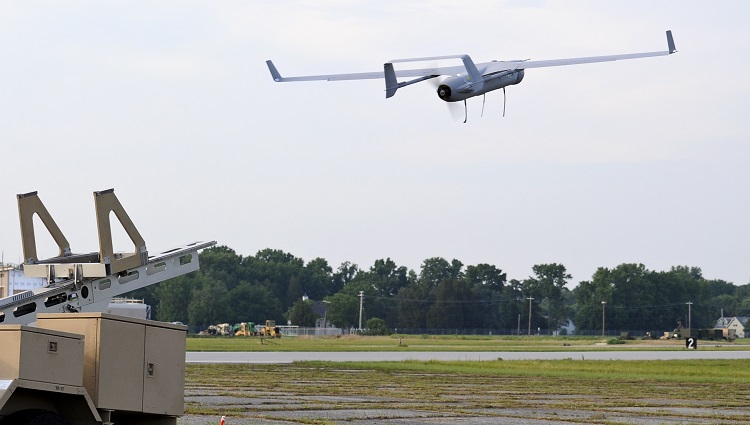 The Shadow will be replaced in USMC service by the Insitu RQ-21A Blackjack UAS. (USMC)