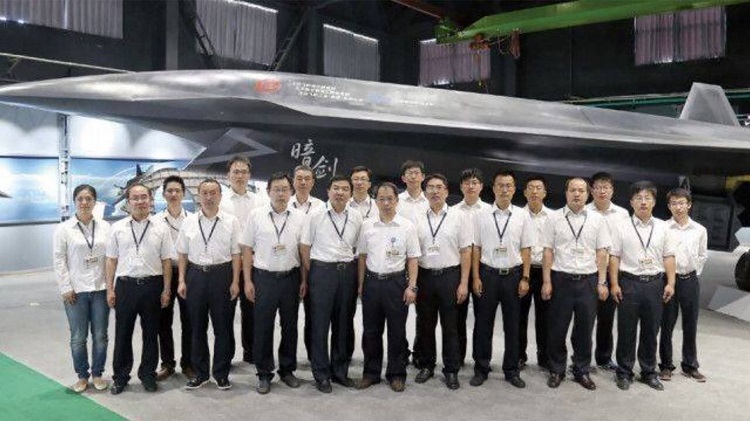 The undated and unattributed photo shows a fighter-sized UCAV with low-observable features.

A photo of a new Chinese UAV has emerged on social media, revealing what appears to be a large fighter-sized low-observable unmanned combat aircraft.

Known as Dark Sword, the vehicle has been rumoured for some time and has been shown in various renderings and artwork, and it is believed at least one scale demonstrator has flown.

Reportedly designed by Shenyang Aircraft Corporation, the air vehicle appears to be designed for high-speed flight, and features a fixed Diverterless Supersonic Inlet (DSI) design similar to that of the F-35 and the Chinese J-20 and J-10B fighters. Other design features include canard foreplanes, a wide tail section with canted vertical stabilisers, and a single engine.

The air vehicle also appears to feature serrated ‘saw-tooth’ panel edges, and is painted in a low-observable grey/silver paint scheme with light grey leading edges which suggests they are made of radar absorbent materials (RAM)