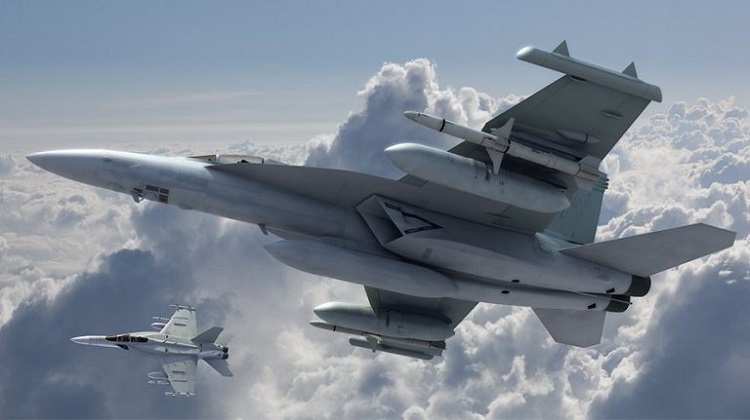 Raytheon has delivered the first representative AN/ALQ-249(v)1 Next Generation Jammer – Mid-Band (NGJ-MB) engineering and manufacturing development pod to the US Navy to commence ground testing and aircraft integration trials.

The NGJ-MB is the first of three versions of the ALQ-249 airborne electronic attack pod designed to replace the venerable AN/ALQ-99 jammer pods currently carried by the Boeing EA-18G Growler operated by the US Navy and the RAAF. The pod is designed to deny, disrupt and degrade adversary radars and communications systems.

“The first NGJ-MB pod is out the door,” vice president of Raytheon Electronic Warfare Systems, Stefan Baur said in a company statement. “We are one step closer to extending the Navy’s jamming range and capability. Delivery of this pod will allow for the initial verification of ground procedures, mass properties, aircraft installation, and built-in-test checks in preparation for future chamber and flight test.”

In November 2017, then Chief of Air Force AIRMSHL ‘Leo’ Davies announced the signing of an MoU between Australia and the US for the joint-development of the NGJ-MB capability. The MoU provides a framework for communication, coordination and cooperation between the US Navy and the RAAF during the engineering and manufacturing development phase.